Oboe Redemption In D Minor and Other Moments of Musical Clarity 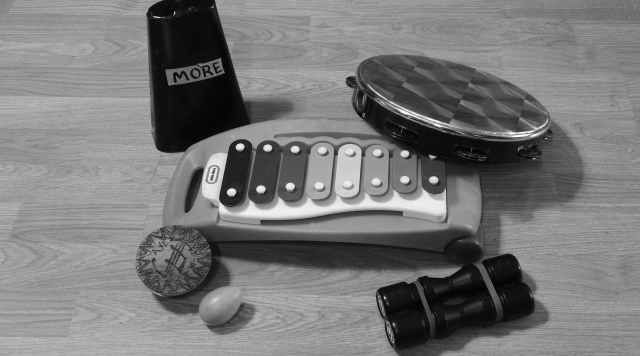 I owe the oboe an apology. Not just one singular, specific oboe, but all of oboekind. You see, in pursuit of the first requirement for the Music Appreciation badge, I started a listening log two months ago, tracking my thoughts on symphonic music. In one recent entry about Tomaso Albinoni’s “Oboe Concerto in G Min” I wrote: “This is too much oboe for me. Turns out, I’m not a big oboe person. Less oboe, please.”

Not shortly thereafter, I received a plea from a Twitter follower to reconsider this double reed woodwind (say that five times fast!), not just because his wife is an oboist, but also because he believes this classic instrument deserves some lovin’. He offered me some suggestions and after digging around, I found Bach’s “Oboe Concerto in D Minor” and have to concede the win to Mike K. Smith of South East Kent, UK due to the explicit pleasantness of that piece. You win, my man, as the oboe should not be judged on one composition alone, but rather, the quality of its contributions to music as a whole.

Mike also suggested some of Francis Poulenc’s works featuring the bassoon. The upside to watching this via YouTube rather than listening to it via iTunes is that I came to the shocking realization that until I pointed my browser to that video and watched that man blow into that excessively long reedish thing, I had no idea what a bassoon looked like.

To rectify my apparent instrumental ignorance, I decided to tackle requirement #2 of the Music Appreciation badge:

Listen to symphony orchestras at concerts or on the phonograph or radio. Collect pictures of instruments that are found in symphony orchestras. Show that you know what instruments are in each of the four choirs; how the characteristic sound in each choir is produced. If possible, look at the kind of score the conductor uses.

First of all, I thought to myself, What in the effing eff are the “four choirs”?!

Luckily, the interwebs – especially the fantastically useful corner occupied by Google Books – prove fruitful, as after some scouring I found these two texts that laid it out in early 20th century-speak for me:

Reading Lessons in Music Appreciation: Aids In Preparation of Students for Music Memory Contest of The Interscholastic League Division, published by The University of Texas (1922)

What We Hear In Music: A Course of Study in Music History and Appreciation for use in The Home, Music Clubs, Conservatories, High Schools, Normal Schools, Colleges and Universities, written by Anne Shaw (1913)

In a nutshell, a symphony orchestra has four groupings (or “choirs”): strings, woodwinds, brasses, and percussion. 18th century Austrian composer Franz Joseph Haydn was the first to divvy up his orchestra in this way, earning him the title “Father of the Symphony.” Impressive, especially since my only current distinction is “Mother of the Hundred-Pound Cat-Beast.”

Now, for my sake and yours, let’s break down these choirs into actual pictures of actual instruments so as to avoid any future instances of gross embarrassment. The Oregon Symphony has an awesome primer on their website describing the sections of an orchestra, if you’re looking for a bit more oomph here.

These are the sounds you’ll hear front and center in most symphonies (they’ve definitely dominated the selections I’ve been listening to for this project) and they’re usually grouped around the conductor. These are played with a bow and by plucking. 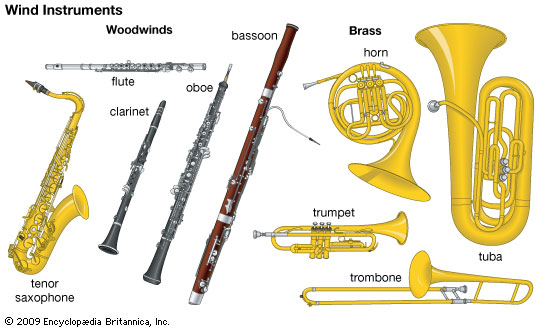 Wouldn’t you know it, the oboe is the star player here – it usually sits in the middle of the section and is the guiding star on pitch for all other instruments in its section. These are played by blowing into them and covering up holes to create different sounds.

This is the loudmouth section of the symphony – these instruments produce big, deep, bellowing sounds. These are played by blowing into them, creating vibrations with your mouth, and covering up holes as above.

As with most rock bands, these are usually shoved to the back of the room – even in classical music, drummers never get any respect. These are played by striking, shaking, and scraping.

Thank you, Encyclopedia Britannica, for making the whole “collect pictures” thing a lot easier on me. Note to readers: the photo at the top is a selection of my personal percussion arsenal (minus my entire drum kit). Yes, that cowbell reads “MORE.”